As a holistic nutritionist who specializes in gut health, I teach others how to discover effective ways to become the healthiest version of themselves. My holistic nutrition blog is your go-to source for healthy recipes and nutrition tips.

Discover the health benefits of foods, and tips to stay healthy.

Learn the science behind how to eat healthy.

There are so many amazing benefits that honey provides to the body. So, does honey actually boost your immune system? In the last 10 years, a movement towards achieving health through more natural means has become widespread. More and more people learn about the ways in which people cared for injuries and infections, and have been shocked to discover that our world provides various solutions. But what kinds of natural substances can aid health?  In their search, a few items found in the home have come to stand out, and this article will discuss the ways that honey and cinnamon can help your immune system. Did you also know that cinnamon and honey have been used as a natural remedy in medicine? I also share my delicious honey drink recipe made with cinnamon, honey, ginger, cardamom, and cloves.

Does Honey Boost Your Immune System?

I am often asked in the winter, “Does honey boost your immune system?” The answer is a big yes. This golden substance produced by bees has long been associated with healing and health. For thousands of years, people have used honey for application on bandages.

Science now reveals the secrets to its marvelous properties. Studies have shown honey contains powerful antioxidants. These vitamins and trace minerals help break down free radicals that can cause massive damage to cells. Thus, possibly protecting against many possible ailments. So, the answer to “Is honey good for your immune system?” is yes.

Honey is also prebiotic, in that it contains fibers that only the probiotics in your system can break down. This means it is food for the bacteria in your gut, which helps control the metabolism in the body. As honey is digested, the microflora deposit themselves into the stomach and large intestine to aid digestion function. As well as provide a buffer against harmful microbes by attacking them and destroying their membranes. So, honey is an outstanding addition to support your immune function within your body.

How Honey is Antibacterial?

Honey can kill bacteria on contact. It remains this way for a long time once it has been applied to the bacteria. This is due to its acidic nature and high sugar content, in which excess sugar prevents bacterial growth and hinders their metabolism. Remember earlier, I mentioned how honey is good for your immune system? Well, these work hand in hand. The immune boosting properties of honey and antibacterial benefits help the body protect and heal.

How Honey is Antifungal?

Honey, a natural antibacterial treatment used for ages. It is believed to have originated from trees, shrubs and flowers, and is made from nectar collected by bees. Honey has been used for medicinal purposes since pre-historic times, when it was discovered it had antibacterial properties.

What Are the Ways You Can Use Honey and Cinnamon?

I put honey in everything! You can use it as a marinade for meat, as a sweetener for unflavored yogurt and oatmeal. I even put in my pancake batter.

Just mix them both together! The best way to enjoy these two impressive ingredients will be to eat them raw. Honey and cinnamon are much more effective when consumed in their natural state. I personally like to mix them with some coconut yogurt.

I prefer to buy Manuka honey. Manuka honey is not as sweet as the other honey I have found, but it is still sweet. The taste is a little different from the local honey I usually find due to the difference in the processing. Whichever honey you can find still benefits the body in many ways. Local honey is also great if you suffer from seasonal allergies.

What are the Benefits of Eating Manuka Honey?

Does it matter which honey supports your immune system? Manuka honey has been shown to be more beneficial in boosting one’s immune function. This is due to the higher concentrations of the active component, methylglyoxal. The research data has confirmed that Manuka honey’s antibacterial activity, compared to non-Manuka honey, is due to a higher phenolic and methylglyoxal content (1). Manuka honey is a type of honey produced from the nectar of manuka flowers. It has antibacterial properties. It may also help fight infections like MRSA and skin irritations.

It’s possible that manuka honey benefits and helps fight more than simply infections. So far, there’s evidence it might help fight cancer too. One study found that manuka honey could “significantly reduce” the growth of head and neck cancers in mice(2).

In another study, researchers found the honey could “inhibit growth and induce apoptosis” in human colorectal cancer cells (3). And a third study found that manuka honey could help fight prostate cancer. They found that honey significantly inhibited and reduced the growth of human prostate cancer cells. This is likely to be related to a blocking of the adhesion process, shown to be strongly down-regulated by honey(4).

Cinnamon and Your Immune System

There are many natural remedies that you may have heard before to treat the common cold, like garlic and ginger. But cinnamon, a warming spice, has been used as medicinal use for centuries. Cinnamon is known to boost the immune system naturally.

Cinnamon is considered a medicinal herb. t’s used a lot in traditional medicine for treating many types of illness. Since it has antibacterial and antiviral properties, you can use cinnamon as an alternative to medication when you have a cold. That is why I love using cinnamon to boost my immune system.

Cinnamon, an intriguing spice, comes from the inner bark of trees belonging to the genus of Cinnamomum. This flavorful and festive spice is well-known for its warming contributions to recipes. But it has many hidden properties, making it an important player in the world of natural health. For one, cinnamon is full of antioxidants, which can help with healthy aging. They also help repair cells damaged by cancer-causing agents.

Cinnamon As Natural Medicine Use

It has powerful anti-inflammatory properties. In addition, it can reduce many risks associated with heart disease, including high cholesterol and high blood pressure. Having less stress on the body also means a more efficient immune system. This allows the body to fight infection.

Cinnamon has other medicinal benefits, including diabetes, hypertension and poor blood circulation in the circulatory system. Cinnamon is also considered an aphrodisiac. So, if you want to boost your sex drive, you can use cinnamon in a food or drink. You can buy cinnamon bark and grind it into powder form.

When honey and cinnamon are combined, their antimicrobial power is strengthened. The combination of these two powerful antimicrobials and antioxidants may even help prevent some sickness in people. They also work together by stimulating white blood cell production.

This combination of cinnamon, ginger and honey has been commonly used together. All ingredients you will find in my delicious honey drink recipe. It is a simple way to fight colds, with ginger being a natural decongestant. One study showed that honey and cinnamon each alone had antibacterial properties. However, the combination was much more powerful. That is why I created my simple honey drink recipe.

I love to make this honey drink, which is a beverage I commonly use during cold and flu season, when my immune system needs extra support. Don’t forget that honey benefits the body and the immune system naturally. So if anyone asks you, “Does honey and cinnamon boost your immune system?” You can tell them yes and recommend this immunity drink to them.

I hope this information on honey and cinnamon used to support your immune system helped you out. Now you can stop wondering “What are cinnamon and honey benefits?” and “Does honey boost your immune system?” So, hurry, and give my honey drink recipe a try today. Let me know in the comment section below. I would also love to hear what you think, or take a photo and tag me @Eat_Your_Nutrition on Instagram. I love seeing your photos. #EatYourNutrition #LauraVillanueva

This site uses Akismet to reduce spam. Learn how your comment data is processed.

Best Herbs That are Good For Your Health and Help With Digestion? »

« How to Stop the Bloating? Start With Your Diet!

back to blog home 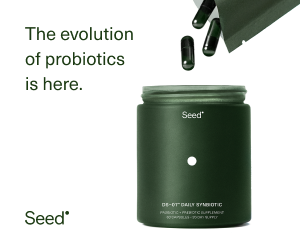 Certified holistic nutritionist, nutrition and wellness author, weight and gut health specialist. I teach women how to discover effective ways to become the healthiest version of themselves.

My refreshing new approach to nutrition and healthy living has inspired many to make positive healthy lifestyle changes. The holistic nutrition blog focuses on the importance of a balanced lifestyle. Holistic living addresses the whole person's lifestyle, including physical, mental, social, and spiritual.

Healthy gut recipes designed to heal your gut can actually taste delicious too.

10 Ways to Repair Your Gut

Chronic diarrhea, constipation, gas or bloating, nutritional deficiencies, poor immune system, headaches, excessive fatigue...Does this sound like you? If it does, you need to download my FREE guide today.

Get 10 of my favorite Summer Reset Recipes when you sign up for my FREE email list.  10 delicious, easy to make summer reset recipes delivered right to your email.