REGISTER FOR THE FALL CHALLENGE!

As a holistic nutritionist who specializes in gut health, I teach others how to discover effective ways to become the healthiest version of themselves. My holistic nutrition blog is your go-to source for healthy recipes and nutrition tips.

Discover the health benefits of foods, and tips to stay healthy.

Learn the science behind how to eat healthy.

What is an Endocrine Disruptor?

Endocrine disruptors are chemicals that interfere with the normal functions of the endocrine system. They can mimic or block hormones. Which may lead to significant health consequences.

For decades, it has been known that some chemicals in our daily life are considered endocrine disrupters. They are also called xenoestrogens. They disrupt the endocrine system (hormones) and cause multiple health problems. The endocrine system is one of the most critical systems of our body. It controls all functions, from growth, reproduction, to the growth of tissues. Let’s study the widely used food additives in your everyday foods.

Phthalates are Food Additives That Interfere with Hormones

These are chemicals used as food additives to increase the longevity, duration, and life of foods. One of the most commonly used phthalates is DEHP. DEHP is added as a preservative in many of our foods. It negatively impacts the male reproductive system, male sex hormones, and testosterone. Reports also point out DEHP leads to birth defects in men’s genitals. In addition, while some also suffer from poor quality of the sperm in later lives. DEHP has also been shown to cause infertility problems and reproductive defects.

It is also a terrible preservative found in many of our food products, including muffins, cinnamon rolls, etc. Without knowing its side effects, we are used to giving these muffins to our children daily. But in reality, we are actually giving them poison that will ruin their life in some way. It is because this additive has been reported as the strong reason for impaired fertility in women. Not only infertility. But it also plays its role in working with breast cancer cells and altering estrogen levels.

In 2006, the EU (European Union) strictly banned the use of propyl paraben in food products as additive/preservative. Still, the urine tests of a large population group have been conducted. The results revealed it is still present in 91% of Americans’ urine. This is alarming. It should be monitored for good health.

Last but not least, another killing additive is the butylated hydroxyanisole, identified as a carcinogen. Here, human carcinogen plays an active role in the onset of cancer in the human body. Not only cancer, but the European Union also listed it as a strong endocrine disruptor. There are many other side effects of consuming this additive with your food items. For example, it also leads towards the lowest testosterone levels, as well as the thyroid hormone thyroxine. It also negatively affects sperm quality. This can lead to many related issues, both in humans and in animals.

Many of us love to eat snacks and chips daily and give them to our children. Unfortunately, these snacks contain a higher proportion of this additive. Processed meat also contains a greater amount. Which also affects our health. Therefore, it is important to avoid using packaged or processed food. Instead, prepare fresh food at home. This way, you can take good care of your hormones and your health.

The effects of endocrine-disrupting chemicals (EDC) can be felt for years and decades. Exposure to this may cause harm to the health of people. Instead, eat the bulk of your foods as whole-unprocessed foods. Always check the food labels of any processed food before you buy them.

Hormone additives in food, we simply can’t escape them. They are added to many foods we eat. Hormone disruptors are important to eliminate. Especially if you suffer from hormone imbalances. What has been your experience with trying to eliminate these additives from your diet? Let me know your experience in the comment section below. I would also love to hear what you think, or take a photo and tag me @Eat_Your_Nutrition on Instagram. I love seeing your photos. #EatYourNutrition #LauraVillanueva

This site uses Akismet to reduce spam. Learn how your comment data is processed.

How to Make a Healthy Low Carb Breakfast »

back to blog home

Certified holistic nutritionist, nutrition and wellness author, weight and gut health specialist. I teach women how to discover effective ways to become the healthiest version of themselves.

My refreshing new approach to nutrition and healthy living has inspired many to make positive healthy lifestyle changes. The holistic nutrition blog focuses on the importance of a balanced lifestyle. Holistic living addresses the whole person's lifestyle, including physical, mental, social, and spiritual. 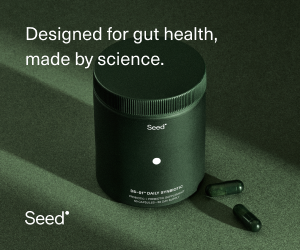 10 Ways to Repair Your Gut

Chronic diarrhea, constipation, gas or bloating, nutritional deficiencies, poor immune system, headaches, excessive fatigue...Does this sound like you? If it does, you need to download my FREE guide today.

Are You Passionate About Health Coaching?

Do you want to create a career as a health coach? Study wherever and whenever? Work as a health coach? Enrolling at Integrative Nutrition is a way to learn about nutrition and help transform others' lives while living your true passion for health and nutrition.